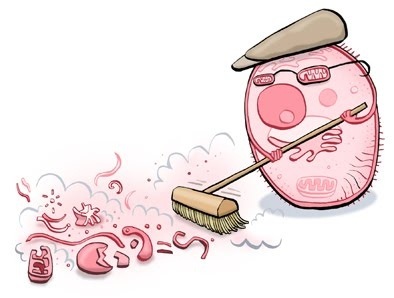 I have not updated the blog for quite some time and when this happens, I usually have a good reason. The reason is however almost never good and this time was no exception. TACE #4, although initially quite painless, was so far the worst. I lost all feeling in my right leg (other than the intense pain) for several days, but this was the least of my problems.

TACE or Trans Arterial Chemo Embolization had become almost routine for me, however the last treatment really brought home the realities of this procedure and I am now acutely aware of just how serious and dangerous it can be. TACE can kill you and apparently it almost did.

So lets continue the story. I left the Frankfurt hospital at closing time for day procedures, just after 6pm. My right leg was totally numb, all muscles were cramping causing a lot of pain and I could only just wiggle my toes. A wheelchair was the only way I could get around. The next two days things were not much better. Lot of pain, the leg was always cold, indicating poor circulation and no feeling due to possible nerve damage. Luckily it slowly improved over the next two weeks. I can now walk again, though not very far without running out of energy, but I expect to recover fully in the next 2 weeks (Just in time for my next TACE). But like I said, the leg was the least of my problems.

Two days after TACE I was at the Siebenhuner clinic, where I suddenly developed a very high fever. Feeling of cold and Uncontrollable shivers, reminded me of a septic shock type reaction I experienced before when accessing my infected chemo port, however I was not using the port. This was combined with hypoglycaemia type symptoms, which 2DG may have been responsible for as I had a higher dose than usual (5g IV) where as I usually take 1g three times daily. I was in a very bad shape and spent the rest of the day at the clinic trying to recover enough to be able to make the 3 hour trip to the Hallwang clinic where I was due that evening.

To cut a long story short, I arrived at Hallwang at 9pm. A new young doctor was on duty as I came in. When she saw me, she insisted on starting a Saline IV straight away. I was dead tired and just wanted to sleep, but agreed and they pumped a liter of saline into me. My blood pressure was just 90/50 which for someone who suffers from high BP is low I admit.

The next day, a battery of blood tests was done. The results were not good. My CRP was over 300 indicating massive inflamation, most likely due to an extensive infection. I was started on IV antibiotics 3 times a day for the next 7 days.

Next issue was my immune system. I had none to speak off. It was pretty much wiped out. The infection was the result, but there was more to come.

My Red blood cells were fried and I was anaemic. I received two bags of whole blood in the evening and was hooked up to drips till 1 am.

The following day, my platelets fell to 22 where as the normal range is (140-400). I was told that it appears that my bone marrow had been damaged. The doctor prescribed a platelet transfusion.

To make my life even more miserable I developed the mother of all cold sores. I do suffer from cold sores on rare occasions, but I have never had anything like this. Massive cold sores filled the inside of my nose, invaded the tip of my nose and fully covered both of my lips. I looked like a freaking duck. Later both lips cracked and were covered in bloody scabs. Not a pretty sight. That’s what happens aparently when your immune system stops working.

Diarrhoea came next and stool tests later revealed a particularly nasty bacteria clostridium. This type of bacteria often produces a toxin. Luckily the toxin was not detected so I did not have to be quarantined. Not a nice bacteria to catch, as according stats it kills 14000 people each year in US hospitals alone. This was a minor annoyance compared to everything else, but worse was still to come.

The following day I woke up to discover that I was pregnant. I kid you not. I looked just like my wife during her 9th month of pregnancy. It turned out to be a combination of three things. Firstly bloating due to gas trapped in the intestines, courtesy of the clostridia bacteria I assume. Secondly my liver was extremely swollen and was 20cm larger than normal and worst of all, an ultrasound showed liters of fluid in the peritoneal cavity, indicating that my liver was in serious trouble. (I knew that already from the blood tests.) I struggled with this for almost five days. I had trouble eating as my stomach was compressed and I felt sick most of the time. My weight increased to 59kg, but dropped to an all time low of 51kg after the swelling and fluid finally went away. For my height that is not good.

The resident Hallwang doctor told me that had I arrived two days later, I most likely would not be around to write this blog entry. Today I am much better and I must say that Hallwang did a pretty good job of putting me back together. My biggest challenge now is to recover the lost weight.

So what went wrong??? Dr. Kopic went over prof. Vogls TACE report and I think we found the reason. Prof. Vogl added a new chemo drug into the chemo embolization cocktail mix. Gemcitabine joined Oxaliplatin, 5FU, Mitomycin and Avastin. He did not skimp and used double the standard dose. I am sure he meant well in light of my aggressive cancer, however it seems he fried my immune system and damaged my bone marrow in the process. Everything else just snowballed there after. Whether it was the extra chemo dose, or whether this time the embolization failed and the chemo leaked out of the liver, I don’t know, but suspect the latter. The only up side from all of this, my cancer markers keep going down.

I have been diagnosed with stage 4, metastatic colorectal cancer in October 2012, 3 days after my 44th birthday. There is no cure, but I am determined to go down the road less travelled to find one. I have setup this blog to document my journey and hopefully help others in the process. My view is that if there is a cure, it does not lie with traditional chemo, but with the immune system. Time will tell.
View all posts by Ren →
This entry was posted in Chemoembolization, My Journey, Treatments. Bookmark the permalink.