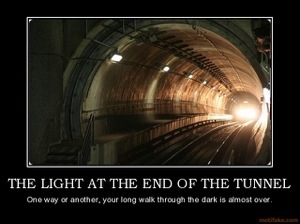 Last month I was thrown two potential lifelines. Firstly I found a surgeon willing to do a colon resection using Dr. Karel Fortyn’s devitalization/devascularization method. I blogged about this procedure in the past where I went into a great deal of detail, but to summarise:

Devascularization involves firstly resecting the colon. The difference is that the veins feeding the tumour are ligated and both the tumour and the resected colon section are left inside. Starved of its blood supply, the tumour necrotizes. This stimulates an immune reaction capable of clearing distant metastasis. This reaction lasts several weeks.

I should add that the procedure has been banned in the Czech Republic, but is used to this day with great deal of success in veterinary since. The surgeon is taking a great personal risk, but believes in the procedure and continues to offer it to patients. I had a meeting with the surgeon and an operation was scheduled pending some tests.

The second potential lifeline came a few days later quite by chance. While I was in Germany, my wife came across a news story about a new revolutionary liver surgery that had just been performed, also in the Czech Republic. She sent my medical records to the hospital and a few days later she received a phone call that I could be a potential candidate for the surgery. When she told me, I realised straight away what it was. It was ALPPS (Associating Liver Partition and Portal vein ligation for Staged hepatectomy). I had my eye on this procedure for over 8 months and talked to several surgeons about it, but to be accepted into this trial was a big deal. Straight away I changed all my treatment plans in Germany to be able to meet the surgeon.

Although I do like the Devascularization surgery, its success is based on immune system response. This works best with low tumour load, so really the choice was simple, although ALPPS is a far more risky procedure. The plan is thus to try and reduce my tumour load in the liver, then follow it up by Devascularization in perhaps 6 months time.

The meeting with the surgeon went well, and the ALPPS surgery date was set for the 9th of October. The surgeon is able to operate because he found a 7% section of healthy liver tissue in the left lobe next to an artery. This is just enough to potentially work with, but I was told that this is a major surgery with 8% average mortality rate and that I am by far the worst case they ever operated on. I didn’t give it a second thought and signed up for the trial. In my case, it will be a 3 stage resection, where typically it is done in two. This means a total of 3 surgeries weeks apart. My chances of survival depend solely on how fast my liver will regenerate after the surgery. It can take as little as a week, but they had a case where it took 6 months. With the little liver I have left, a week means I live, a month or more and I don’t.

The operation is far from certain however. If any micro mets are found in the peritoneum when they open me up, they will not proceed. Also my health has deteriorated in the last 2 weeks and I developed ascites which may also put the surgery in question. I will find out on Tuesday.

At the moment I am just so furious. I consulted with two liver surgeons in Australia about this very procedure. Both said that they were familiar with it, and both told me that I was not a suitable candidate as I did not have enough healthy liver left. What they failed to tell me was that being familiar with the procedure meant that they knew about it, not that they actually performed it. So rather than to admit that they were not qualified to provide advice, they applied their knowledge of a standard resection I suspect. Damn their egos. Based on those opinions I stopped exploring the ALPPS option. That was my biggest mistake as I was in a much better shape for such surgery at that time. Now my liver is failing, I am turning yellow, have cachexia and ascites. But I still have hope that the surgery will proceed and that I will end up with a fully regenerated liver within 6 weeks. It just has to work.