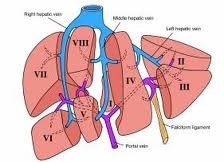 Due to my liver pain and swelling I brought forward my next TACE (Trans Arterial Chemo Embolization) procedure and last wednesday I found myself yet again on Prof. Vogl’s (a.k.a. Dr. Pain) operating table.

But I get ahead of myself. I started my current tour in Prague at Dr. Hajduk’s clinic. There I had few IV’s, ozone and replenished my supplies of trypsin and chemotrypsin. He’s a great doctor, very open minded. He however believes that I am doing too much at the same time. Really? I don’t think that I am doing enough.

Next stop Dr. Siebenhuner in Frankfurt for local hyperthermia in preparation for TACE, some liver directed IV’s and a battery of blood tests not done anywhere else.

Now back to Dr. Pain. This month one of his MRI machines was broken so I started TACE with no initial MRI. I felt a little weird about that as I assumed that the MRI gave Prof. Vogl information about tumour growth and where to target the chemoembolization. He assured me that he can see the active areas from the live angiogram. He decided to do the right side of the liver. He was right, the right side had been giving me a lot of problems lately, but so did the left.

Prof. Vogl was as efficient as ever, but I managed to distract him for a few minutes just after he gave me the anaesthetic injection. This gave the injection time to work, and for the first time I did not feel the cut as he sliced open my femoral artery a little later. 🙂 My distraction was the IV drip not working, so I don’t think that I’ll be able to use the same trick next time. Still a little victory as usually he gives the injection and cuts straight after.

What surprised me the most, was the lack of pain during this procedure. It still hurt after the chemo was injected, but not enough to require pain medication. In a way I was disappointed as I missed the morphene feeling. When I commented on this change, prof. Vogl said that the treatments look like are working. Hopefully good news.

But lets not forget that this is Dr. Pain that we are talking about and I was sure that things just can’t be this easy. I was right and this became my worst TACE to date. Shit started to hit the fan later in the recovery room.

First I lost all feeling in my leg and could not even move my toes. Then the pain came. Incredible pain. It was a weird feeling, a leg that felt totally numb to the touch, yet every muscle fibre caused excruciating pain. Prof. Vogl came to take a look and concluded that it was most likely from the anaesthetic injection. I did not believe that, but he checked the pulse in the groin and concluded that it was all normal. He’s a hard man to argue with.

I spent the rest of the day in the day recovery room in pain till they kicked me out at closing time. By that time I was at least able to wiggle my toes, but the leg was still pretty much dead. I left the hospital in a wheelchair and was very glad that this time round I had my parents with me to help.

The problem persisted for several days and I spent a lot of time in wheelchairs. Slowly things improved, however even almost a week after the procedure, the leg feels like its on novocaine, its always much colder than the other and I can’t walk more than a few meters without running out of energy and needing to take a rest. Still its getting a little better each day, so that is a good sign.

Unfortunately as the left liver is giving me problems still, I am seriously considering another TACE in the very near future. I know, I am a glutton for punishment.

I have been diagnosed with stage 4, metastatic colorectal cancer in October 2012, 3 days after my 44th birthday. There is no cure, but I am determined to go down the road less travelled to find one. I have setup this blog to document my journey and hopefully help others in the process. My view is that if there is a cure, it does not lie with traditional chemo, but with the immune system. Time will tell.
View all posts by Ren →
This entry was posted in My Journey, Removab, Treatments. Bookmark the permalink.