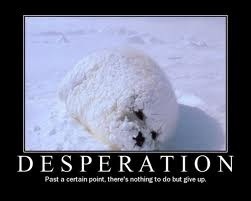 At some point you realize that there is no point fighting the inevitable, and that the only sensible option is just to give up. I reached that point last month.

If you have been following my blog, you know of my struggle to save my infected chemo port. Twice I thought I had the battle won, but always the infection returned. I had several severe septic reactions while accessing my port leading up to TACE #4, and that is when I had made the decision to finally give up the struggle and have the port taken out.

The mess with the last Chemoembolization just made this all the more urgent and the port was removed at the Freudenstadt hospital. I really missed the port. My veins were not in the best shape and it usually took multiple attempts to hit one with a cannula. Soon I learned which nurses were the most skilled at this and I started to seek these out. Ok, its only needles, but I have this psychological phobia where these are concerned. Though I must admit, I managed to sit through 3 failed attempts which 3 months ago would not have been possible without fainting or throwing up. Progress at last?

Without a port some of the IV’s like ALA or Vit C are quite harsh on the veins and it was actually quite painful as these went in.