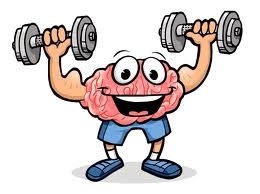 When I first suffered from cachexia (rapid weight loss associated with muscle waisting) the most effective treatment that I found was excercise. Resistance training to be more specific. I consulted a physio, found a good personal trainer and hit the gym 3-5 times a week. It helped. It stopped the cachexia, and I eventually regained most of my lost weight. (Well not all of it, but I got back to my ideal weight of 65kg)

At that time I lost about 20% of my body weight within 6 weeks and at its peek, I was losing 1kg every 2-3 days. It did not matter how much I ate, I simply could not put weight on. Sadly most of the weight loss came from lean muscle mass. Hence the aggressive resistance training.

Last month I lost 4 kilograms within 2 weeks. Initially I assumed that it was due to extensive liver swelling which I suspected had compressed my stomach. I could not eat very much and felt nauseous all the time. Unfortunately when this was resolved and I regained my appetite, not only could I not put the weight back on, but it continued to drop. Later I went on a calorie restricted ketogenic diet, which did not help.

The biggest problem was that yet again, most of the weight loss came from lean muscle tissue, the same muscles that I worked so hard to regain few months back.

It was always my plan to continue training while in Germany, but the treatments and schedule always made this too hard. After a Vogl tace, I was usually in pain, and had problems walking for up to two weeks. This month its been three weeks now, and I still cant walk more than 20m without running out of energy in my right leg and needing to take a break. After each removab treatment, the docs insisted on absolutely no physical exertion, not even walking for 1-2 days afterwards. Then there is the travel between clinics and the long days spent hooked up to IV lines. Needless to say, I did very little exercise since I arrived for treatment in Germany 3 months ago.

In Duderstadt I finally decided that I simply had to hit the gym to try and stop my weight loss. That is exactly what I did. The first session was quite hard. Any upper body exercises resulted in severe pain from my port area. I knew that was a very bad sign. Although my infected port now looked quite good from the outside, almost healed in fact, I knew that pain was bad news. The Vogelitis (Injury to muscle or vein caused by prof. Vogl’s TACE treatment) in my right leg was also giving me grief. It was however ok as long as I gave my leg enough time to recover every few repetitions. And of course lots of pain in the liver, but I was used to that. During the first training session I realised just how weak I had become.

The next day I pushed through all the pain and upped both the intensity and duration of the training session. My port however took it personally and planned its own revenge. But more on that next time.

I am now back home in czech. I could not exercise the last 2 days as I was not feeling great and I had very little energy. I even had troubles standing up in the shower. It feels like hypoglycemia style symptoms. Either from the severe lack of carbohydrates in my diet, due to the 2dg I have been taking or a combination of both. Today I feel somewhat better, which may mean that my body switched to a ketone metabolism. I hope so anyway.

I got some weights and plan to do weight training at home. Just need to make sure that I find the motivation to use them daily and do so diligently. With no personal trainer to push me, I know that it will be much harder.