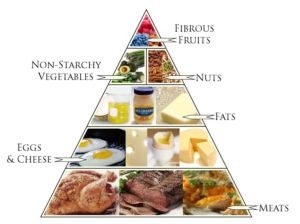 I tried the ketogenic diet a while back and managed to stick with it for about 10 weeks. I must say that it was the hardest diet that I had ever tried. Vegan was a breeze in comparison, though I very much like my meat. The ketogenic diet involves eating almost no carbs, little protein and lot of fats. This is not as easy as it sounds long term.

The aim of the ketogenic diet is to place your body into ketosis. What this means is that the body switches from burning glucose to using ketone bodies (fats) instead for energy. Normal cells have no trouble with this as it is an evolutionary adaptation. Cancer cells on the other hand have damaged mitochondria and can not use ketones for energy. By depriving them of glucose, the theory is that the cancer cells starve and die. The second theory is that many cancers use insulin as a growth stimulant. On a ketogenic there are virtually no carbohydrates which means no insulin spikes to drive growth.

Unfortunately my ten weeks on the gruelling ketogenic diet yielded no results. No tumour die off and no shrinkage. So what went wrong and why am I doing the ketogenic diet again?

The main reason is that I am about to start taking a daily dose of 2-deoxy-d-glucose (2DG) over several months. 2DG I blogged about before, but to recap: 2DG is a modified form of glucose. It is taken up by cells like ordinary glucose, but can not be used for energy. In theory cells get clogged up with this stuff and die. The problem is that 2DG can also damage heart tissue and brain cells as both also use a lot glucose. My theory is that these cells can be protected by placing the body into ketosis.

Secondly I did a lot of research since and I believe that I now know the reason why my first attempt may have failed. Firstly I focused mostly on eliminating carbs and failed to control my protein intake. Excess protein is converted by the liver to glucose. This time round, I will limit my protein consumption to 50-60g per day (or about 1g per kilogram of body weight). This amount is needed for tissue repair and should be low enough to avoid its conversion to glucose. Secondly I failed to control my calorie intake. New research I came across says that for the ketogenic diet to be effective, it also needs to be calorie restricted. The reason is that the glycerol component of triglycerides contained in fat can also be converted to glucose.

The ketogenic diet still should have controlled my insulin spikes, thus retarding my cancer growth. It turns out that a mutation effecting the PI3K pathway means that my little mutants do not require insulin to stimulate growth. This is the reason I suspect why my cancer is so aggressive.

Another possible issue is lactic acid. This can also be used for energy. Lactic acid is produced in hypoxic cancer cells. Not much that I can do about it (at least I have not found the right drug yet), but I am hoping that 2DG will shut down its production.

So my goal is limiting my energy intake to about 1200 calories per day. This is roughly a 40% reduction on my daily requirement of 2000 calories. This should address the caloric restriction part. The composition that I am aiming for is 100g of fat, 20g of carbohydrates and 50g protein. This should address my protein intake. Reducing carbs is relatively simple, limiting protein to 50g on the other hand is proving to be quite a challenge.

Note: The above figures were calculated based on my current weight of 57kg, 167cm height and BMI of about 20.

I started on the ketogenic diet 10 days ago. I have been fine tuning my food consumption ever since and I am keeping a very close eye on what I eat measuring everything, including the amount of dressing I put on salads. I also ordered a blood glucose and ketone meter and will test myself daily to make sure that my glucose and ketone levels are within the therapeutic range. (I just need to think of a creative way to draw blood as I hate needles as you know. Maybe my Avastin nose bleeds can finally come in handy).

While on the keto diet I will take 2DG, Phenylbutyrate, DCA and Galactose (more on galactose next time). All of these should mess with my cancer’s metabolism. Fingers crossed that this is the magic bullet that I have been searching for.

I have been diagnosed with stage 4, metastatic colorectal cancer in October 2012, 3 days after my 44th birthday. There is no cure, but I am determined to go down the road less travelled to find one. I have setup this blog to document my journey and hopefully help others in the process. My view is that if there is a cure, it does not lie with traditional chemo, but with the immune system. Time will tell.
View all posts by Ren →
This entry was posted in 2DG, Ketogenic Diet, My Journey, Treatments. Bookmark the permalink.

One Response to Ketogenic Diet Revisited