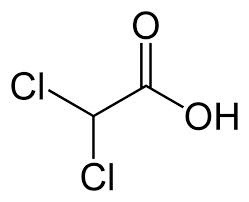 The primary energy source of both cancer and normal cells is glucose. In a normal cell glucose is mostly oxidised in the presence of oxygen to release energy. This happens inside the mitochondria, which are the cell’s power plants. In cancer, the mechanism is very different. Cancer cells have switched off the mitochondria and instead of oxidising (burning) glucose, they obtain their energy through a process called glycolysis. In other words, cancer cells ferment glucose to meet their energy requirements. This is a very inefficient process and is why cancer cells need so much more glucose than ordinary cells. The fermentation process does not need oxygen and this enables the cancer cells to thrive in hypoxic environments, such as those that exists inside tumours. The key part however is that by switching to glycolysis, the mitochondria are disabled.

Mitochondria have their own DNA and are believed to have been assimilated by cells early in our evolution. It is a symbiotic relationship. Mitochondria are very clever and are packed with various sensors. When a mitochondria detects that its host cell has become abnormal, it pushes the cell’s self destruct button causing apoptosis (programmed cell death). In other words the mitochondria commits suicide, killing the cancerous cell in the process. This does not happen if the mitochondria are disabled.

Mitochondria use the byproducts of glycolysis for energy production, pyruvate being one of these. An enzyme called PDK (pyruvate dehydrogenase kinase) regulates the flow of pyruvate into mitochondria. If PDK is active, pyruvate is blocked from entering the mitochondria and the cell is forced to use glycolysis to obtain its energy. In cancer cells this happens even though ample oxygen is available. It is no surprise that most cancer cells have active PDK. Active PDK disables mitochondria function and forces glycolysis. This is where DCA comes into the picture.

DCA blocks the PDK enzyme which forces cancer cells to revert back to glucose oxidation as their primary energy source. This does not make cancer cells happy as it re-activates their mitochondria. When the re-awakened mitochondria realise that they are inside an abnormal cell, they push the cell’s self destruct button. The net result can be massive cancer cell death.

DCA is a small molecule that can pass the blood-brain barrier. This can lead to a number of neurological side effects. The most common is peripheral neuropathy. It can also can cause other nerve, kidney and live damage. One study shows that long term DCA use can itself cause cancer, but then again the same can be said of virtually all chemotherapy agents.

One important thing to note is that one study has shown that some cancer strains can actually benefit from DCA increasing the cancer growth rate.

There is very little research to determine the optimal dosage strategy of DCA. Alternative clinics using the DCA therapy usually recommend a ten day on, ten day off cycle. This is to minimize the side effects.

I started daily DCA IV’s last week. So far I have no information on its efficacy, but I have not experienced any side effects thus far. I am taking 1000mg per day as an IV.

I have been diagnosed with stage 4, metastatic colorectal cancer in October 2012, 3 days after my 44th birthday. There is no cure, but I am determined to go down the road less travelled to find one. I have setup this blog to document my journey and hopefully help others in the process. My view is that if there is a cure, it does not lie with traditional chemo, but with the immune system. Time will tell.
View all posts by Ren →
This entry was posted in DCA, My Journey, Treatments. Bookmark the permalink.