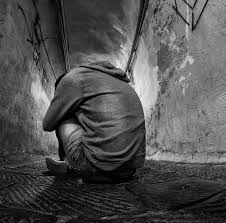 As the saying goes, desperate times call for desperate measures and I have reached that point in the fight to save my infected chemo port. But I get ahead of myself again. Lets pick things up 10 minutes after my last blog post.

I spent the last week at Duderstadt and the entire week of immunotherapies there culminated in the injection of a dendritic cell vaccine. The dendritic cells were primed with a Newcastle Disease Virus, which my cancer cells had already been infected with. The aim was to have the dendritic cells recruit other white blood cells to help fight the cancer. 10 minutes after I finished my last post, the side effects kicked in. Chills, fever and an overall feeling of weakness and fatigue. Luckily there were no surprises this time and the flu like symptoms were exactly as described. I was not feeling well enough to have dinner, so ended up having an early night.

The following morning brought an interesting development. My infected port was noticeably better. I did not know whether to be happy about this or to cry. I realized that all the stimulation of the various leukocytes with interleukin 2, zometa, etc. in preparation for the dendritic cell activation, may have come to naught. If the white cells were hijacked and recruited to fight the port infection instead of my cancer, all the effort and the expense would have been wasted. I am just hoping that there were enough white cells to go around.

I left Duderstadt after breakfast and drove to Ostrava to see my family. The original plan was to spend the week at a Prague clinic getting daily IVs, but with my port still out of action, I decided to take a week (maybe two) off.

I may have been a little too optimistic about my port however. I was also on antibiotics and the day before I finished the course, the pain and swelling returned. I was so close, but unfortunately I came the full circle only to arrive at the beginning. The day after that the pain got much, much worse and I could not even wear a t-shirt, as the fabric rubbing on my skin felt like razor blades.

So there I was, an infected port that just refused to heal, in great deal of pain and me being too stubborn to simply have it removed. It was time for plan B, so I stopped eating and drinking.

For those familiar with my blog, you have probably realised that my radical plan B was another dry fast. In other words, no food or water for at least 10 days. If you think going ten days without water sounds crazy, I thought the same, but I lived through it before and I am still here. 🙂

Why a dry fast? Well, intuition is a part of it, but its also based on observations made during my previous one. What I noticed then, was that virtually all the acne I had from chemo cleared up. Secondly, I noticed that all wounds, nicks and scratches healed much quicker. I felt that the energy needed for digestion, was instead being spent to enhance the immune system. I also remember my qigong master saying that a dry fast creates conditions that makes it hard for bacteria and viruses to survive. If my theory was correct, then the dry fast would be the key to solving my port problems.

And now for the good news…

I have been dry fasting for two days now and my port is already showing a great deal of improvement. The swelling and redness have both gone down. Its still tender to the touch, but not quite as bad and I can wear a t-shirt again. If this continues, a few more days is all that I will need.

I have been diagnosed with stage 4, metastatic colorectal cancer in October 2012, 3 days after my 44th birthday. There is no cure, but I am determined to go down the road less travelled to find one. I have setup this blog to document my journey and hopefully help others in the process. My view is that if there is a cure, it does not lie with traditional chemo, but with the immune system. Time will tell.
View all posts by Ren →
This entry was posted in Dendritic Cell Vaccine, My Journey, Newcastle Disease Virus, Treatments. Bookmark the permalink.