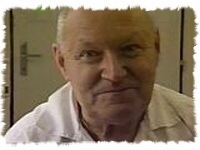 Devascularization, also know as Devitalization was a promising cancer treatment practiced in the Czech Republic, but is now illegal. Despite this fact, the procedure is becoming the standard form of treatment for cancer in veterinary medicine in the Czech Republic, with most animal studies and in fact most vets reporting a better than 80% cure rate. It is a very interesting story.

A Czech surgeon Karel Fortyn, was operating on a wounded soldier in the 1950’s. When he opened him up, he discovered extensive bowel cancer. Not being able to help the soldier, but not wanting him to bleed to death, he tied off all blood vessels going to a tumour and closed the patient. He did not expect him to survive.

The soldier not only survived, but 4 months later there was no sign of his cancer. Only fibrous tissue remained where his tumours used to be. Dr. Fortyn spent the next 40 years researching this phenomena, mostly on animals, but he also treated 20 or so human cancer patients. In his case studies, he reported 100% cure rate. Unfortunately his records were not kept up to today’s standards.

In the 1990’s about four other surgeons started to perform the devitalization surgery and it is estimated that over 800 patients underwent this procedure, with many reports of full remission.

In 2000, the procedure came to the attention of the local media. This generated a huge public interest and as a result, the government agreed to setup a clinical trial. The clinical trial involved 56 terminal patients. Most surgeons had reservations and feared septic reactions from necrotic tumours and chunks of colon being left in situ to necrotize. The trial disproved those fears and none of the 56 patients developed complications or a septic reaction due to the surgery. The trial however did not show any benefit to patients.

The trial was widelly criticized because based on Dr. Fortyn’s research, the procedure needed a healthy immune system to work and terminal patients who underwent several lines of chemotherapy had little immune system left. The government promised a second, more objective trial, but this never eventuated. Instead, the Czech Government banned devitalization and threatened to prosecute any surgeon who performed the procedure. Considering that the trial did not kill any patients, the severity of the Governments response is mind boggling. I don’t usually buy into big pharma conspiracy theories, but one has to wonder some times, especially since it has been shown to be so effective in virtually all animal species,

Many animal studies have been carried out using this procedure. Most studies show up to 100% complete response after treatment.

Recently there has been a lot of research on laser ablation. Laser Ablation works by either heating the tumour to destroy it, or by cauterising blood vessels feeding the tumours, depending on the laser type. When the blood vessels are cauterised, this results in cell death due to necrosis, via a similar mechanism as devitalization. Not surprisingly most laser ablation studies are also reporting immune system responses which also translate to untreated distant metastases.

HMGB1 is released from necrotic cancer cells and immune macrophages. It strongly activates both Toll 2 and 4 receptors and the innate and adaptive immune systems. In addition to activating dendritic cells, which process tumor cell antigens, it also activates macrophages to release pro-inflammatory hormones such as TNF, tumor necrosis factor, the most potent anti-cancer immune hormone yet identified. HMGB1 is not released by apoptotic cells.

I have been trying for several months to find a surgeon willing to perform the Devascularization procedure in Australia. I have spent a lot of time researching this procedure and gathered many documents and research papers, but most surgeons I had spoken to don’t even bother to read the summary and just dismiss it. Thus far no one is willing to step out of their comfort zone, but my search goes on.

I have been diagnosed with stage 4, metastatic colorectal cancer in October 2012, 3 days after my 44th birthday. There is no cure, but I am determined to go down the road less travelled to find one. I have setup this blog to document my journey and hopefully help others in the process. My view is that if there is a cure, it does not lie with traditional chemo, but with the immune system. Time will tell.
View all posts by Ren →
This entry was posted in Treatments. Bookmark the permalink.